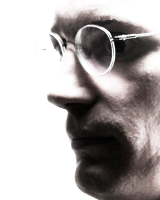 After spending a year in Massachussets USA, Nicholas returned to Denmark in 1990 to attend Technical College. Here he met Søren and shortly after they formed their first band, Corpus Mortale. In 2007 Nicholas decided to call it quits after two albums and several tours to gain more time with his family. However, the urge to make music still remained and after a short meeting with Søren they soon decided to see if their past music writing partnership was still working - safe to say it was.