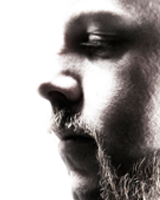 Søren was born in 1976 and formed his first band in 1992 together with Nicholas Mashøln called Corpus Mortale. In the late nineties, he decided to leave the band to concentrate on other aspects of life as well as a new found passion for recording and writing his own music. In 2003 he founded the Niflheim Studios which in 2008 changed name to Six String Studios. Apart from his studio work, Søren also finds time to make and occasional live appearance helping fellow musicians out as a session guitarist, bassist and drummer.